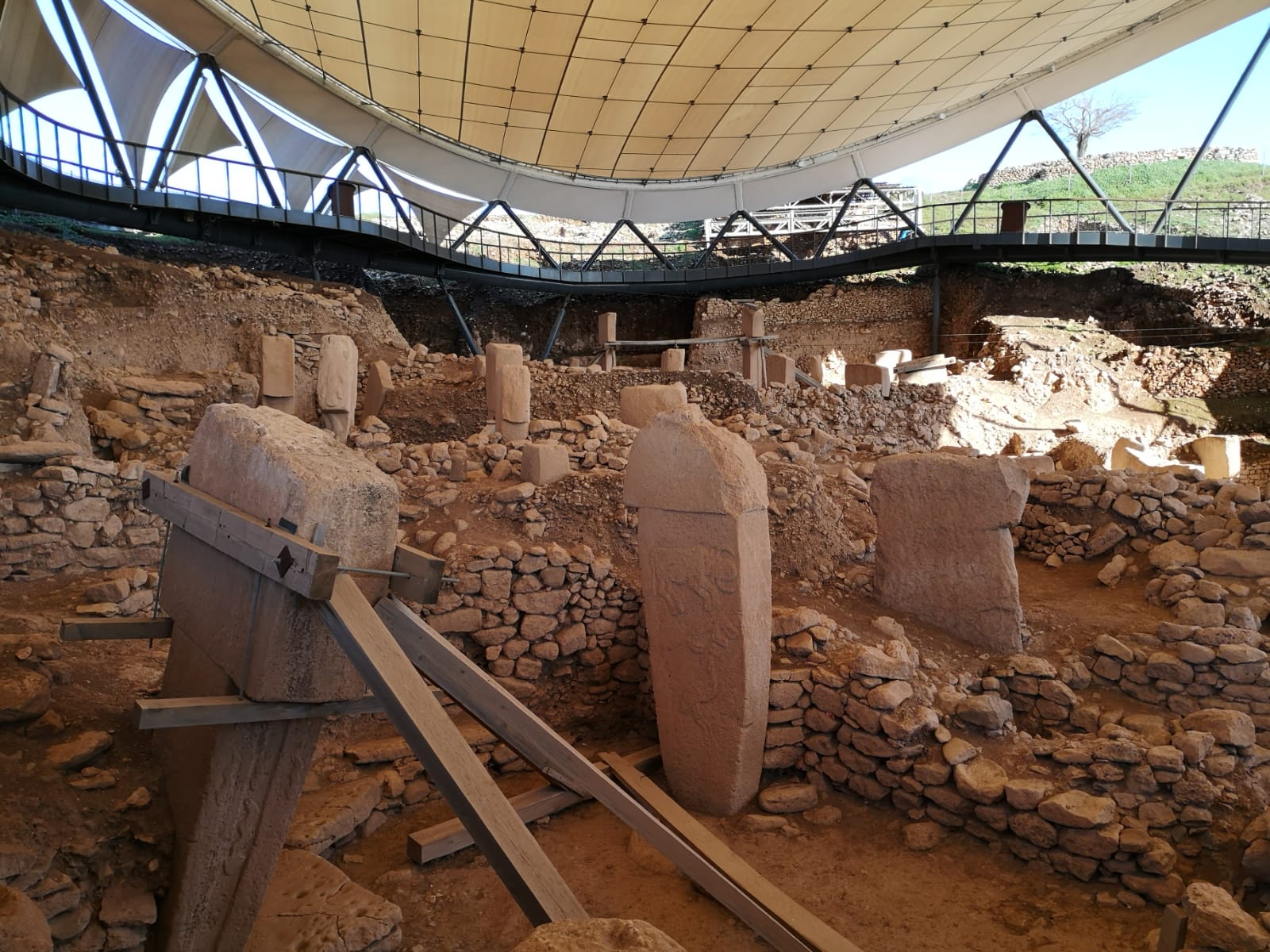 A Weekend Spent at the Dawn of Civilisation 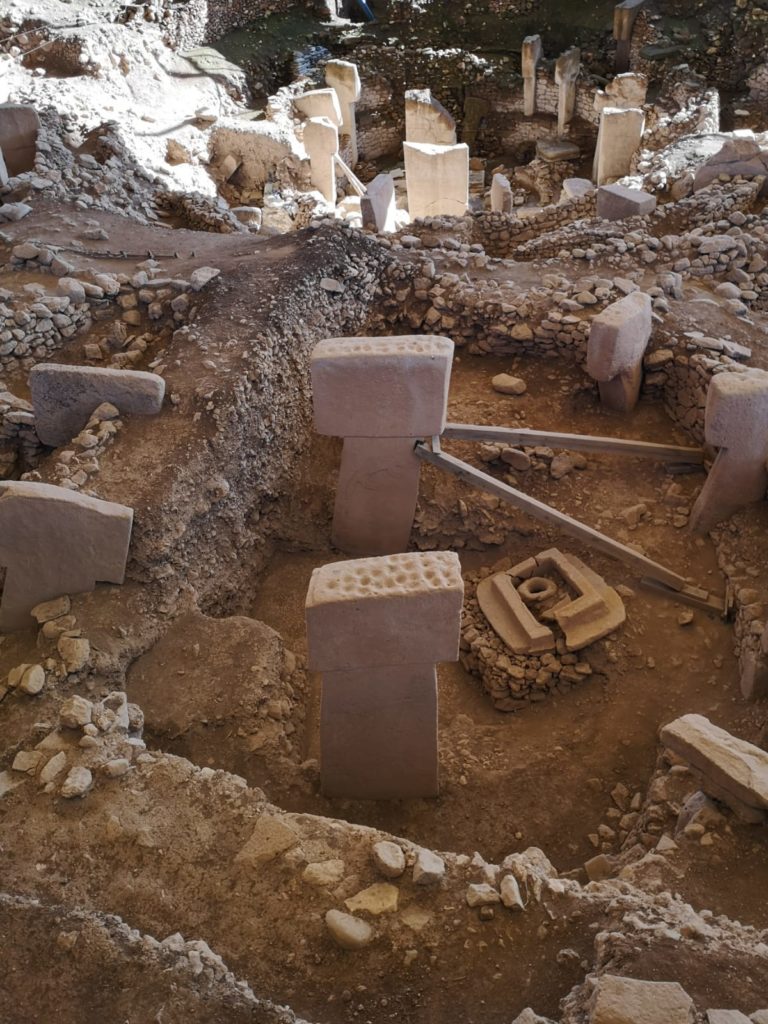 Well, we know, it’s not exactly civilisation as we know it, but we think it’s fair to recognise Göbekli Tepe as a point of origin for us all; a place where the agricultural revolution began and the migration of people and ideas that formed our modern world, to use an apropriate agricultural analogy, first took root. 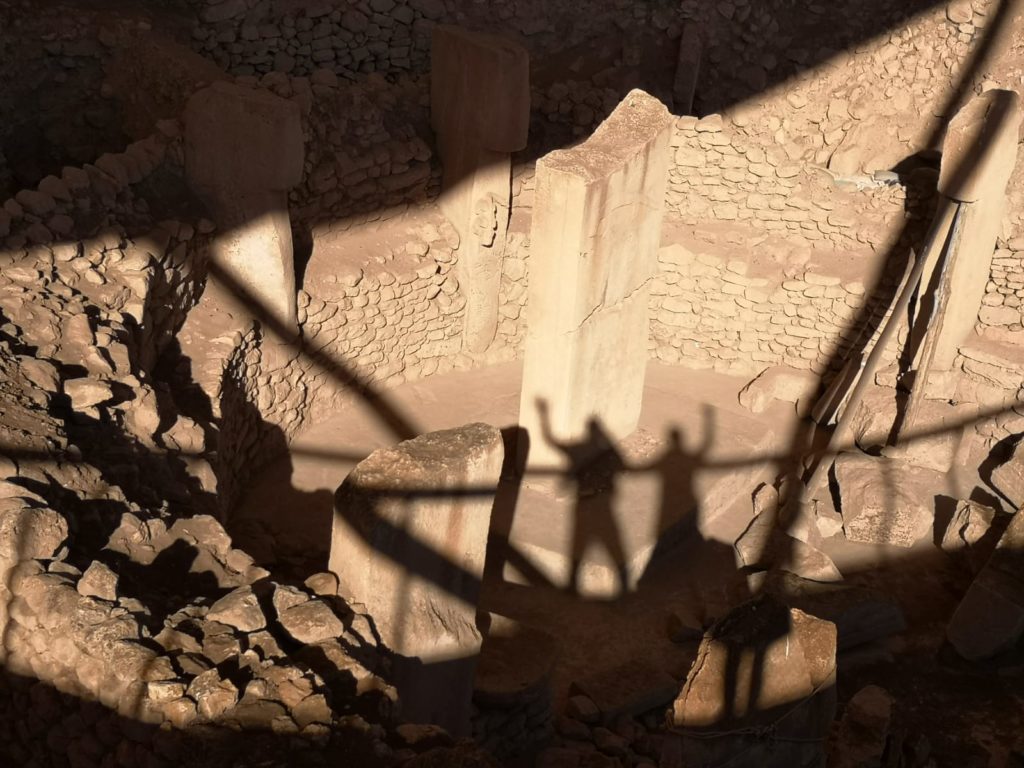 Accessed through the new visitor’s centre, an impressive audio visual experience helps to set the emotional heartbeat of Göbekli Tepe and to prepare the visitor for what lies on the top of the hill, emerging from its sleep after 10,000 years in the embrace of the earth.
Göbekli Tepe is an extraordinary site, and the harmonious contrast between, on the one hand, the ancient Stones, their artistic merit and their unknowable and enigmatic purpose and arrangement, and on the other, the beautifully designed modern protective roof combine to take the breath away. In one sense, at first sight, it’s possibly best not to think too much about it…….just take it in. Think about the science after you’ve absorbed it. 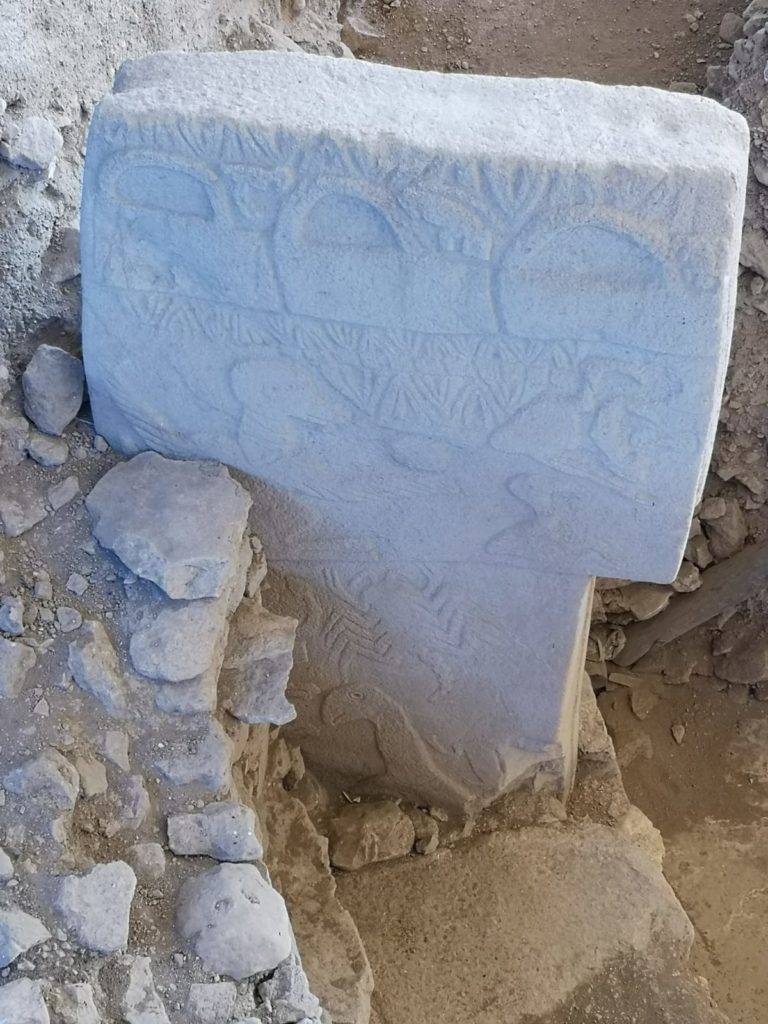 What you have under the main roof is the core of the original Klaus Schmidt excavations, completed after his death by the archaeological team, down to the Enclosure floor levels and labelled as Level III. You see four enclosures identified in order of discovery as A through D. The first two are fairly modest but Enclosures C and D are staggering. This level dates back to an astounding 9600 BC at least, and it is almost certain that this site had a ritual importance and use that goes back further still. Above and behind this ancient core, to the north west and east are to be found the more recent Enclosures of Level II. These, curiously, are smaller, simpler and less ambitious. They are also rectangular rather than oval, as the oldest structures are, indicating that, although there was cultural continuity, change was under way. It’s likely that the changes we see were driven by the gradual introduction of agriculture and we do know that the ancestral mother of all domestic wheat species, einkorn, originates in this region. Tantalisingly, what visitors find hard to absorb is that these enclosures were, after such considerable effort in construction, were used for a relatively short while and then completely buried. The site accumulated all these enclosures as they were constructed, used and then buried, before others were constructed, used and buried, in a cycle that lasted about 1500 years. 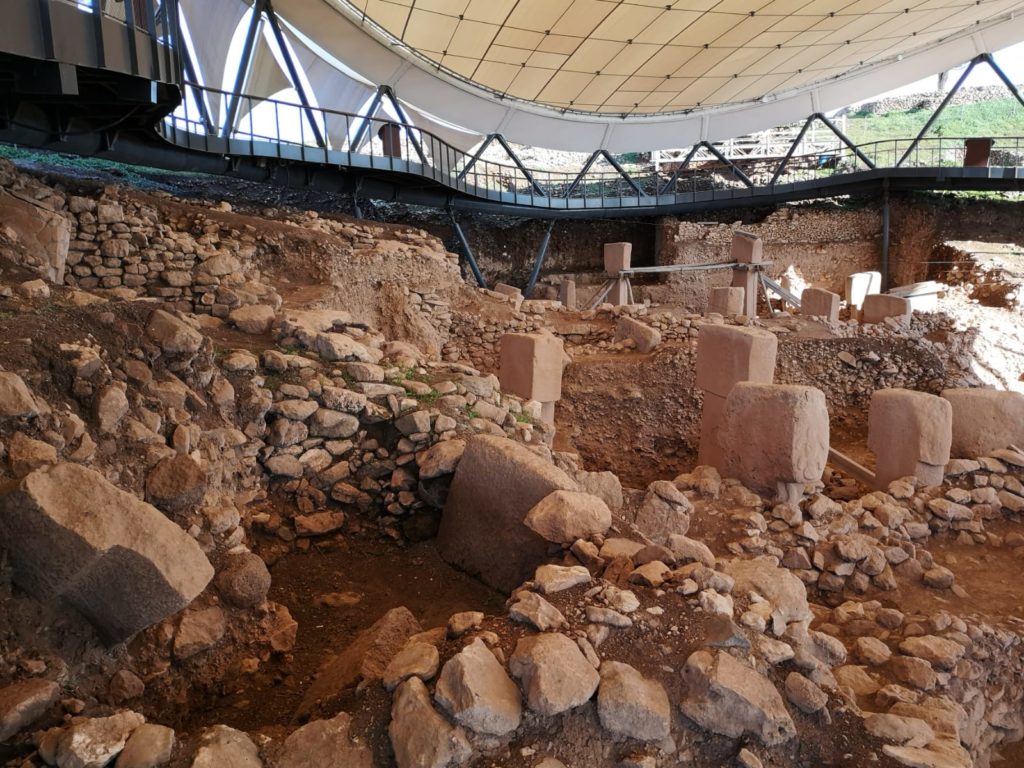 It’s appropriate to end our story of the mystery of Göbekli Tepe with a mystery about GöbekliTepe. Enclosure C was at some point after its burial, opened up to allow access to its two central pillars, which were then intentionally damaged and broken by fire, before the enclosure was reinterred. Adding to the mystery is another Enclosure, identified as H, in the new excavation area to the west of the main mound, which dates from the same level as Enclosure C and with which it shares design and decorative characteristis. What is particulary intriguing is that Enclosure H, also after having been buried, was opened up and subjected to the same damage as Enclosure C, before being reinterred. What possible conflict could have prompted the same ritualistic and sacreligious vandalism on two enclosures with such design similarities? We will almost certainly never know, but this prehistorc mystery adds to the enigma that is Göbekli Tepe. 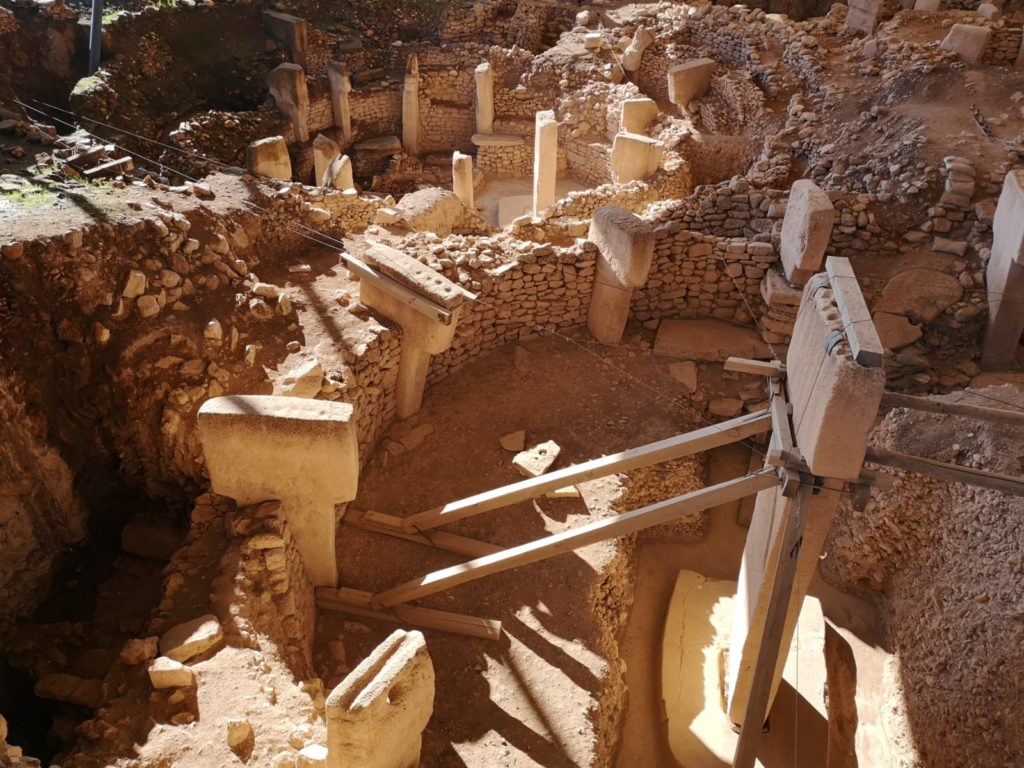