2022 Agency and Private Group Bookings only 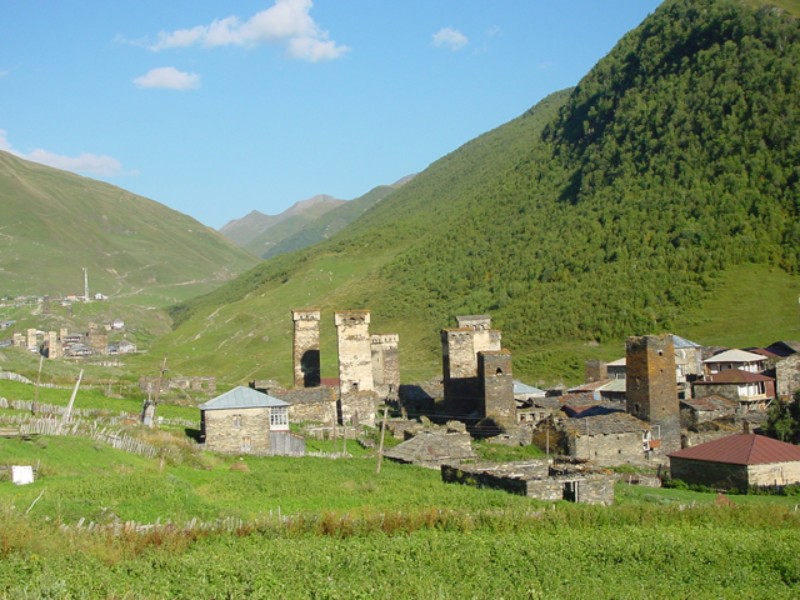 The Lands of Ararat and the Golden Fleece

This is an extraordinary 18 day, (also available as a 12 day tour) three nation fully escorted tour that encompasses the lands of Ararat and the mythical land of Colchis; Eastern Turkey, Georgia and Historic Armenia. We start in the eastern Turkish city of Van; explore the eastern Lake District around Van before heading north for our first sighting of the unforgettable and inspiring mountain of Ararat where, biblical tradition tells us, Noah’s ark came to rest.

We skirt the mountain and head north to visit the ancient Armenian city of Ani and then on to Erzurum via the course of the River Arras. From Erzurum we cross the Black Sea Mountains via the Zigana Pass and down to Maçka and the sublime cliff hanging monastery of Sumela. We overnight in Trabzon before proceeding to the Georgian border.

Once in Georgia we head for The Black Sea port of Batumi and then on to Svaneti province and the south Caucasus to visit the unique mediaeval village watchtowers of Ushguli. This is the Land of Colchis where local people in ancient times trapped alluvial gold in the high mountain streams using the fleeces of sheep laid down in the river beds. This is what gave rise to the legend of the Golden Fleece sought by Jason and the Argonauts. From Colchis we take a scenic journey to Tbilisi via the Cave City of Uplistsikhe. Once in Tbilisi we will take time to enjoy the tastes and sights of the city before continuing to the Armenian border for the last leg of our trip.

Armenia is a land of faith and we will visit monasteries and churches that are testament to the long and enduring beliefs of the world’s first Christian nation. From the monasteries of Haghpat and Sanahin to the monastery of Khor Virap in the northern shadow of Mt Ararat the faith of the Armenian people permeates everything. The high point of the tour is a visit to the Seat of the Armenian Church at Echmiadzin. In addition to this there are the cosmopolitan delights of Yerevan and the natural splendours of mountains, forests and Lake Sevan.

This magical tour connects two of the Eurasian region’s highest lakes; Lake Van in Eastern Turkey (1550m) and Lake Sevan in Eastern Armenia (1900m). Not only is there a geographical connection but there is also a cultural connection as well. The name Sevan literally means “Black Van”, referring to a kinship with Lake Van in Turkey. It is said that many years ago Armenians came from the region of Van to Lake Sevan and found that the lake was so dark a blue that it was almost black and yet it reminded them of Van….So they called it Sevan.

Beginning in the Van region of Turkey this is a journey that takes you from the brilliant blue of Van to the inky blue/black of Sevan through the plains south and west of the mystical Mt Ararat, throwing a girdle around the Holy Mountain, to the Black Sea and to the ancient lands of Georgia, the setting for the timeless myths of the Argonauts and the Golden Fleece, before returning to the heartlands of Armenia on the northern slopes of Ararat once more.

2022 Agency and Private Group Bookings only

Get in Touch
Enquire Today 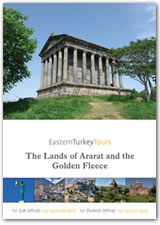 The Lands of Ararat and the Golden Fleece brochure