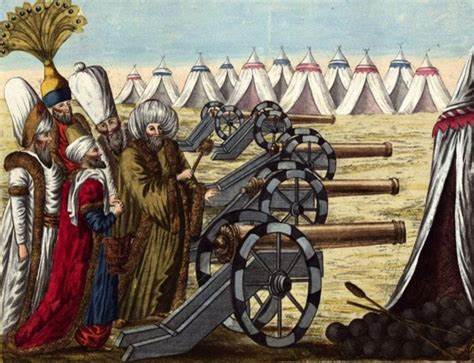 It was the first battle in history to see the tactical use of artillery.

So depressed with the outcome of the battle, the capture of his wives and the lack of help from his allies, the Shah dedicated the rest of his life to “debauchery”. Which is a plan I suppose.

On the plain at Çaldiran that straddles the border, on August 23rd 1514, one of the most pivotal battles ever fought in the Middle East took place, but you’d never know.

Today Çaldiran is a small, sleepy town on the Turkish- Iranian border between Van and Doğubayazıt on the way to Mount Ararat. You’re through it barely noticing; tour companies don’t comment on it and a lot of guides simply are not aware of it. We know and we think it is important. It was pivotal for two important reasons:

Secondly, the outcome of this battle ultimately set the border between the Ottoman and Persian Empires and that has established the political and demographic architecture of the Middle East ever since. What Çaldiran established, we still see today and we are still attempting to manage the outcome. The battle casts a long shadow.

Although the battle was decisive it took a number of years before the borders between Ottoman lands and Persian territory became fixed. However, as a result, the Ottomans gained immediate control over eastern Anatolia and northern Iraq but it was the prelude to 41 years of destructive war and shifting boundaries between the two Islamic empires that only ended in 1555 with the Treaty of Amasya. It is in retrospect that one sees its importance.

While the Ottomans often had the upper hand, the Persians for the most part held their ground. Significant Persian losses in Shia dominated regions of north western Persia, such as Azerbaijan, Luristan, Kirmanshahan and parts of the Armenian highlands were temporary, being recovered from the Ottomans soon after. However, the loss of Iraq, as well as Kurdish and Armenian eastern Anatolia became permanent.

The 12 day tour that has everything you need to see, hear, feel and taste.

The battle, more or less, established the border we see today and which has lasted in spite of modern and far more major conflicts such as Russian expansion into the Caucuses and Anatolia in the 19th Century, and the cataclysm of the First World War with the bitter ethnic conflicts that followed.

At Çaldiran the Ottomans, led by Sultan Selim I had a larger and better equipped army numbering in excess of 60,000 while the Persians, led by Shah Ismail I, numbered some 40,000. The Ottomans also had at their disposal a major military innovation, the elite and highly professional military corps of Janissaries, although it is interesting to note that in this pre- national/ pre industrial period both sides would have relied on levies from a number of ethnic groups. For example, ethnic Turks and Turcoman tribesmen fought on both sides depending on their tribal or clan affiliations, as did Armenian troops. Shah Ishmael I who was wounded and almost captured in the battle, subsequently retired to his palace and withdrew from government administration and public life. Such was the measure of the defeat that the Persian baggage train was overrun and the Shah’s wives were captured by Selim, with at least one being married off to one of his retainers as a reward.  He asked for help from the Holy Roman Emperor Charles V, but Charles did not respond. Disappointed and, as one Turkish source observed, he “dedicated his remaining lifetime to debauchery”, a pastime he was already known for. He died at the age of 37 in 1524.

The Ottomans deployed heavy artillery and thousands of Janissaries equipped with gunpowder weapons behind barriers of carts. The Persians used cavalry supported by tribal levies to engage the Ottoman forces in a frontal assault. The Persians then attacked the Ottoman wings in an effort to avoid the Ottoman artillery positioned at the centre. However, the Ottoman artillery was highly manoeuvrable and the Persians suffered disastrous losses. The advanced Ottoman weaponry was the deciding factor in the battle as the Persians forces, which elected to use traditional weaponry and tactics, were simply decimated. The Persians were also plagued by poor logistics and planning and relied on ill-disciplined troops drawn from traditional levies unlike, the Ottomans who were the military and tactical innovators of the day.

Following the victory, Ottomans temporarily captured the Persian/Safavid capital of Tabriz but did not hold it long. The Persian defeat at Çaldiran brought an end to a series of Shia uprisings in the Sunni Ottoman Empire and established Ottoman control in eastern Anatolia.

Apart from fully defining the Ottoman-Persian borders the battle and the subsequent settlement allowed the Kurdish tribal leaders to assert their authority and switch their allegiance from the Persian Empire to the Ottomans. Çaldiran is a classic example of the Law of Unintended Consequence. It had an important effect on later political issues in eastern Anatolia and, ironically, helped the Persians to establish a more cohesive, political and administrative base for their territory in the years to come and up until Russian expansion into the Caucasus during the 19th century.  On the other hand, as it drew the Ottomans to expand south into Modern Iraq, Syria, the Levant, Egypt and the Arabian Peninsula and it irrevocably changed the demographics of the Ottoman Empire. Where once Turks and Christians had been a majority in an Anatolian/Balkan Empire, they now became a minority in an Empire with an Arab and Muslim majority, which affected the historical trajectory in many important ways that still affect the region today; it had a fundamental impact not just on the Middle East but into Europe as well.

The site of the battle straddles the current Turkish/ Iranian border east of the town of Çaldiran.

It is a curious fact that on the Iranian side of the border there is a memorial to the battle while on the Turkish side, there is nothing to mark the event. However, as we mentioned at the beginning of my travel journal, we do remember this pivotal event during our tour. We hope you’ve enjoyed reading this far and if you have please share this journal on social media so we can keep history alive!

Thanks Nick and Sally.