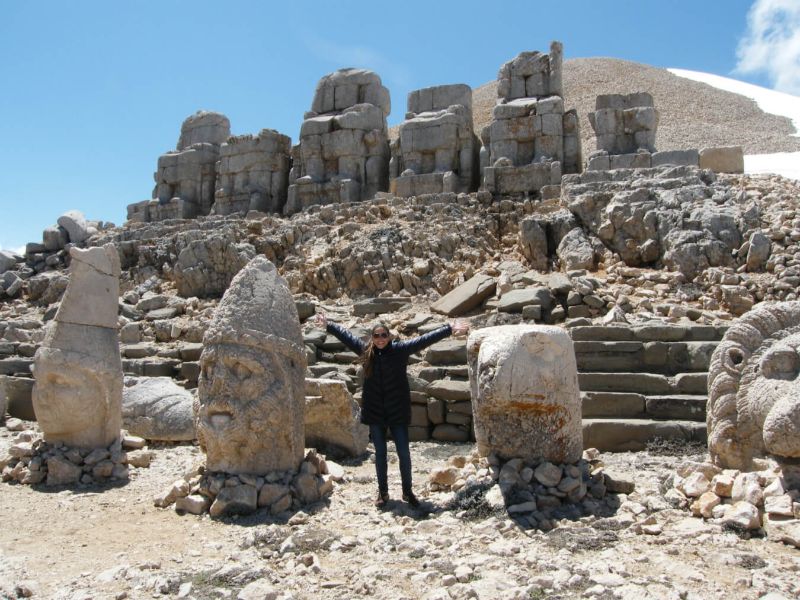 Nemrut - Where is it?

Nimrod is a Biblical figure who was King in the Land of Shinar; he was the son of Cush, the son of Ham, the son of Noah. He was “a mighty hunter before the Lord.” Gen 10.9. 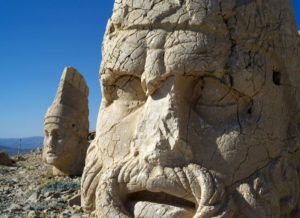 Attempts have been made to identify Nimrod as an actual historic figure, but without success. He is sometimes identified as a variant of the Mesopotamian God Ninurta who was associated with farming, hunting, healing, and law. In the earliest records of Sumer, he is a god of agriculture and healing who frees human beings from sickness and evil. In later times, as Mesopotamian civilisations began empire building, he took on the attributes of a warrior. In his later Biblical identity, the Land of Assyria is referred to as the Land of Nimrod. Later, Nimrod came to be associated with fire worship and idolatry.

Nimrod, or Nemrut, is woven through many Mesopotamian literary and legendary sources and to confuse matters, Turkey has not one, but two mountains named after him. 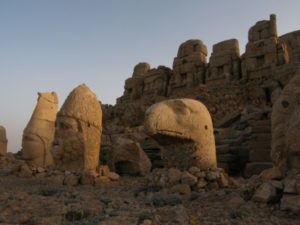 The most famous is Mt. Nemrut in Adiyaman, just north of the ancient town of Sanliurfa. This 2,134-metre mountain is known as “the Mountain of the Gods” because of the spectacular funerary monument to Antiochus I Theos of Commagene.  Commagene was a small kingdom at the nexus of powerful competing cultural, political and religious forces and the monument is evidence of a small power trying to draw on regional influences to create something distinctive and different. 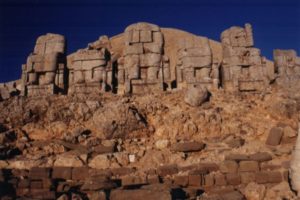 The summit is a tumulus for, presumably, the king, but the truth is that, because of the instability of the mound, nobody has been able to say for sure. What we do have is an amazing array of statues forming two tableaux of giant seated divinities, one facing east to the rising sun, and one to the west facing the setting sun on either side of the 50-metre-high tumulus. Antiochus has himself seated, as an equal, among Hellenistic and Persian Deities such as Zeus, Hercules, Apollo, Mithras, Ahura Mazda and Anahita. It is a syncretic masterpiece of created and creative identity. 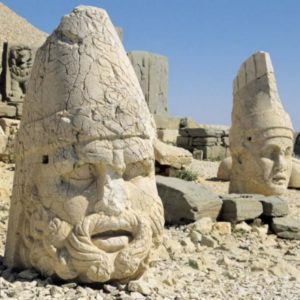 Constructed for the King’s burial around 31BC the monument functioned as his memorial and as his cult centre for a relatively short period before the kingdom ceased to be independent and was absorbed by bigger regional political forces. It was completely lost to memory and not rediscovered until 1881 when a German engineer surveying railroad routes for the Ottoman government found it by accident. Needless to say, it created a sensation not just because it was so unexpected and because of its scale, but because its gigantic, tumbled down and decayed state spoke directly to the romantic, poetic soul of 19th century European Classicists. 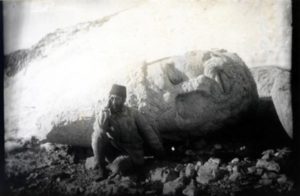 The discovery came towards the end of a period that had seen the discovery of pivotal sites in western literary culture such as the Hittite capital of Hattusa, Mycenae and Troy, and the world was hungry for more. Even in today’s cynical and weary world it is impossible not to be moved by both the technical achievement and the ambition of the monument. The place is poetry in stone. 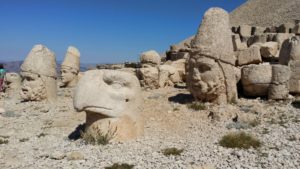 About 400 kms east of the Mountain of the Gods is Turkey’s second Mt. Nemrut. This mountain seems to encapsulate the fiery, wrathful side of Nimrod’s nature because this Nemrut, situated on the south east side of Lake Van is a volcano. Although now dormant, it has a history of volcanic activity going back a million years with its last eruption, a minor one, in the late 17th century. 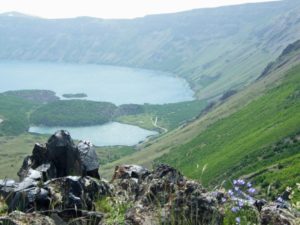 Today it forms a perfect caldera that is about 300,000 years old.  The volcano’s successive eruptions are also responsible for blocking the outlet for Lake Van, making it one of the largest endorheic lakes in the world.  Consequently, with no outlet to flush the lake, Lake Van has become a unique soda lake.  Mt. Nemrut’s rim rises to just short of 3,000 metres and it is possible to walk the entire, approximately 25 km rim, in a day. 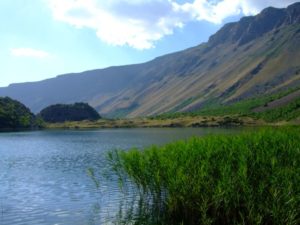 From the rim, one can survey the floor of the crater about 750 metres below. Looking across the roughly triangular Lake Van from this south western corner one can see, at the other two corners, the Stratovolcano Suphan on the north eastern corner and Mt. Artos overlooking the city of Van on the south eastern corner.

Nemrut is a rarity in being a well preserved, uneroded and complete caldera.  With its hot and cold, freshwater lakes it is a fantastic area for trekking. Taken with its companion mountains of Suphan and Artos and the lake they ring, this is an area of outstanding natural beauty. 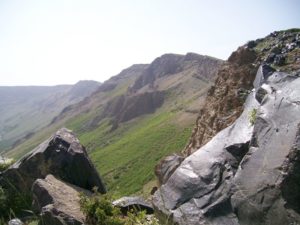 You can visit Mount Nemrut on a number of our tours, including;

Specifically for Mountain of the Gods: